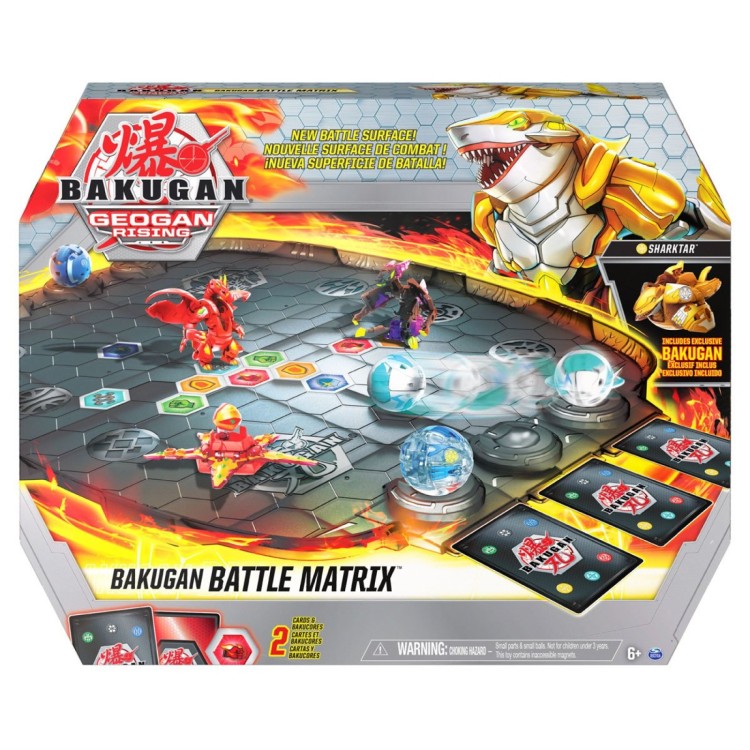 Battle like a true champion with the Bakugan Battle Matrix. Featuring an exclusive gold Sharktar Bakugan, a premium solid battle surface, banked walls and staging areas to hold your Bakugan until you're ready to roll and transform, this epic arena is the ultimate way to brawl. With a hexagonal grid already on the board, it's easy to lay out your BakuCores (two included) for an exciting battle. The Bakugan Battle Matrix brings the thrill of the brawl to life and is the perfect addition to your collection.

The Battle Matrix includes an exclusive Sharktar Bakugan you won't find anywhere else. With gold details, this Geogan Rising Bakugan is a must-have for your collection.

Inspired by the epic arenas seen in the TV show, the Battle Matrix's banked walls are perfect for trick shots and keeping your Bakugan in play. Battle like a true champion.

The solid battle surface snaps together and features staging areas with ramps and a built-in grid, making it easy to set up your BakuCores and roll right into Baku-Action.